Every week I see some new advertisement for the ‘power’ of things.

Normally these advertisements are accompanied by testimonials and hyped up promises that “tapping into this power will change your life!” and “empower you like never before!” But if that’s the case, then why are these teachings for sale? If it’s so important, urgent, and life-changing then why must anyone pay for it? What about people who have no money? No “power” for them huh?

“The power of” formula seems to be a very lucrative business in the churchworld. A lot of money is being made from books, DVD’s, tapes, and conferences about the power of things. With boatloads of people seeking power and an endless stream of religious buzz words to tack behind the phrase “the power of,” the cash just keeps pouring in. 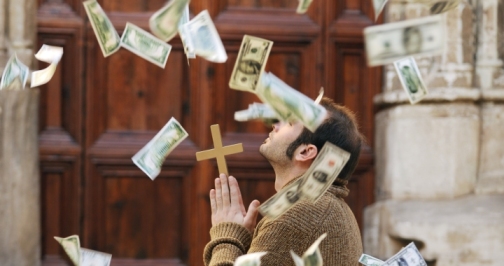 Someone might say, “Evelyn, you’re just nit-picking. How can you find something wrong with seeking power from God?”

My response is, #1, many of these “power” teachings have nothing to do with seeking power from God, but seeking the “power” of THINGS. And even IF all of these teachings were encouraging people to seek power from God, I think the Scriptures speak against seeking God for power or anything other than who He is. Jesus said to “seek first His kingdom and His righteousness, and all these things [our needs] will be added to you.” (Matthew 6:33).

Chasing after power — even under the cloak of spirituality — is idolatry. It is seeking after something other than God. And the Lord clearly stated “You shall have no other gods before Me.” (Exodus 20:3) Pursuing “power,” whether the term “prayer, purpose, or miracles” is tacked on the end — is idol-worship.

How would you feel if your spouse (someone you were married to and in covenant with) claimed to love you with all of their heart, yet they spent their time seeking more power, influence, and authority? Are they not neglecting their personal relationship with you to empower themselves? And what if they claimed to be doing all of this “to serve you”? Would that make you feel better? Would that make it right? Of course not.

So-called “Christian” bookstores are full of merchandise about “the power of this” and “the power of that.” Yet nowhere in Scripture are Believers taught to seek after power. When Jesus came into this world, He gave us an example to follow and He didn’t seek after power. But rather, He “emptied Himself, taking the form of a bond-servant, and being made in the likeness of men.” (Philippians 2:7) 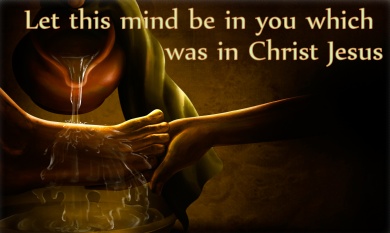 If Jesus wanted more power, He could have easily obtained it when the people of Tiberias tried to make Him a king by force. But instead, He “withdrew again to the mountain by Himself alone.” (John 6:15) In John 15, Jesus washed His disciples’ feet. Does that sound like a religious power-grab? Power-idolatry contradicts the mind of Christ.

#2, I believe that it is wrong and dangerous for people to seek “spiritual power” from things.

It is wrong for people to seek “spiritual power” from things, because things have no intrinsic spiritual power. In other words, prayer, miracles, purpose, positive-thinking, and so on have no spiritual power in and of themselves.

Take for example prayer. There is this generic saying that “prayer is powerful.” But prayer itself has no power. It is our Father in Heaven who we pray to in Jesus’ name that has the power. When we pray and God grants our request, is it because of “the power of prayer” or because of our all-powerful gracious God?

We can pray with great fervor, but if something that we are praying about is not according to God’s will, then it will not happen. Yes, the prayers of the righteous are effective, but that is not because prayer itself is powerful, but because a righteous person prays “Thy Kingdom come, Thy will be done, on earth as it is in heaven.” Do you see where the power resides based on that text? The power is in God and His will.

The same thing can be said for “purpose.” We have Rick Warren to thank for all of this gobbledygook about “purpose.” Yet purpose itself has no power. People can purpose to do anything, good or bad. Many opportunists use “purpose” as a generic buzz word to profit off of people who want to discover their purpose in life.

It is dangerous for people to seek “spiritual power” from things, because such teachings can lead people into occult philosophies without them even realizing it.

When a religious leader or author is promoting some generic concept about “the power of______<—-fill in the blank” and not the power of Jesus Christ, His Gospel, and His Cross — it can open the door to universalism, inclusionism, and all types of new thought concepts.

Many authors do not want to offend or exclude nonbelievers, and they most certainly do not want to lose their money. They want as broad an audience as possible to bring in as large a profit as possible. So they write books about “power” using broad universalist language sprinkled with Christian overtones and non-offensive Scriptures, thereby making it palatable to both undiscerning Believers and nonbelievers.

Such teachings present a spiritual danger to undiscerning Believers, because they believe that they are learning Scriptural teaching, when they are actually feeding on pseudo-spiritual new age universalist concepts.

Any so-called “spiritual power” that can be “tapped into” and “released” by both Believers and nonbelievers is most certainly not the power of Jesus Christ. No Jesus, no Gospel = NO POWER. There is “another spirit” behind these teachings promising both the world and God’s people ‘spiritual power.’

It is the same spirit that deceived Eve and convinced her that she would gain power by eating from the tree of the knowledge of good and evil. Eve already had power from God by virtue of the Holy Spirit. Yet the enemy tricked her and seduced her through the lusts of her flesh, the lusts of her eyes, and the pride of life.

The Bride of Christ has already received power from God by virtue of the Holy Spirit. “but you will receive power when the Holy Spirit has come upon you; and you shall be My witnesses both in Jerusalem, and in all Judea and Samaria, and even to the remotest part of the earth.” (Acts 1:8) But like Eve, some Believers have been craftily deceived and seduced by promises for power and led astray from pure and undivided devotion to Christ.

“to those called by God to salvation, both Jews and Gentiles, Christ is the power of God and the wisdom of God.” (1 Corinthians 1:24)

“But as many as received him, to them gave He power to become the sons of God, even to them that believe on his name:” (John 1:12)

“For God has not given us a spirit of timidity, but of power and love and self-control.” (2 Timothy 1:7)

3 thoughts on “The Power of God vs. The “Power” Of Things”