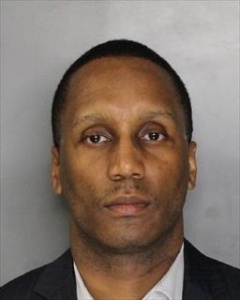 Back in February of 2015, Kareem Mitchell, a 43-year-old choir director at New Testament Baptist Church located in North Highlands, California, was arrested for sexually assaulting a minor and booked on multiple charges including sodomy, oral copulation, and other sexually abusive acts with a child.

This was not the first time that allegations of child sexual assault were raised against Mitchell. He was investigated on similar allegations in the past while working as the choir director, however, charges were never filed.

In March of 2015, another victim came forward and filed additional charges of child sexual assault against Mitchell.

To date, it has been established that Mitchell molested three male choir members between 2001 and 2012.

Based on information shared by a family representative of one of Mitchell’s victims, Mitchell intentionally targeted Black American teenage boys from fatherless single mother homes and portrayed himself as a “father figure” to them.

Mitchell would invite young boys from the New Testament Baptist Church youth choir (“The Voices”) to his home for dinners and sleepovers, committing sexually abusive acts disguised as “wrestling matches.”

A family representative of one of Mitchell’s victims believes that New Testament Baptist Church is covering for Mitchell, and the victim’s family has filed a civil suit against the church. I am standing with them in prayer and full support.

On September 18th, 2015, the Sacramento County District Attorney’s official website reported that Mitchell pled no contest to two counts of oral copulation with a minor and one count of committing lewd and lascivious acts on a child.

Pursuant to the plea agreement, Mitchell will be sentenced to 3 years state prison and will be required to register as a sex offender for life.  Sentencing is set for October 21, 2015, at 1:30 p.m. in Department 63 before the Honorable Michael Bowman.

As you can probably tell, I am not happy with the sentence. In fact, I am saddened and upset. A three-year prison sentence for child sexual abuse is a slap on the wrist.

It sickens me to no end that sociopaths can sexually abuse and traumatize children, and serve a meager sentence (if they spend any time in prison at all) then be released back into society so that they can go back on the prowl for more victims.

In no time, Mitchell will be back out of prison and free to potentially prey on more young boys.

Now that Pastor Donnie Bryant has been given the left boot of disfellowship at New Testament Baptist Church, I am seriously questioning the current leadership (and the board of directors) at NTBC. I wouldn’t be surprised if Mitchell were welcomed back with open arms after his release.

This has been a very heartbreaking case. I will keep you abreast of Mitchell’s sentencing. 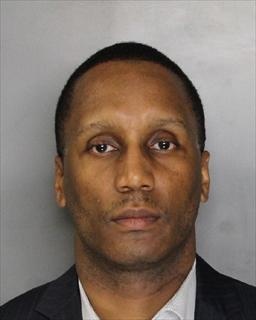 Last month, Kareem Mitchell [a 42-year-old choir director at New Testament Baptist Church in North Highlands, California] was arrested on suspicion of assaulting a child [a minor/teenage boy] that he met while working as a church choir director.

Read more by clicking herePlease pray that if there are more victims, they will find the courage to come forward and press charges.
Posted on March 5, 2015June 10, 2015 by Evelyn
Loading Comments...