In the life of Abraham, there is a better example of giving than his tithe to Melchizedek. It was his willingness to offer up Isaac, the son that God promised him. This event foreshadowed our Father offering up His only begotten Son as the sacrifice for our sins (John 3:16).

Abraham’s willingness to offer up his son Isaac proved that he loved God more than anyone or anything, and there was nothing he would withhold from the Lord or put before Him.

God wants us to have the same love and faith as Abraham. He wants us to offer up OURSELVES to Him as a sacrifice — not a percentage of our income.

Romans 12:1 teaches this when it says “to present YOUR BODIES as a living and holy sacrifice, acceptable to God, which is your spiritual service of worship.”

Jesus made Himself a living sacrifice for our salvation and for the Father’s glory. He offered up His life because He loves us so. Are we following in His footsteps by being a living sacrifice? He said “If you refuse to take up your cross and follow me, you are not worthy of being mine. If you cling to your life, you will lose it; but if you give up your life for me, you will find it” (Matthew 10:37-39).

Are we clinging to our life and goods, thinking that we’re serving God by giving 10% of our income? Or have we laid our all on the altar as a sacrifice?

A person can pay 10% of their income and still hold things back from God if they aren’t being a living sacrifice. But a person who is a living sacrifice is willing to offer up everything. And that’s the faith of Abraham.

“All the believers were united in heart and mind. And they felt that what they owned was not their own, so they shared everything they had. The apostles testified powerfully to the resurrection of the Lord Jesus, and God’s great blessing was upon them all. There were no needy people among them, because those who owned land or houses would sell them and bring the money to the apostles to give to those in need.” (Acts 4:32-35) 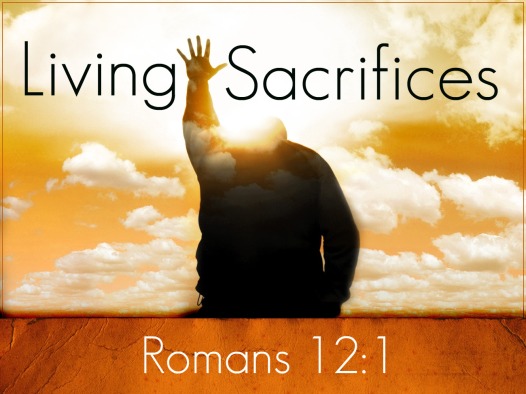 Click here for the next article in this series.